I wish to share a story with you here that I found the courage to share in a couple of intimate circles several years ago.  Part of me has felt reluctant to share this for all the world to see and to have it connected to my work as a Natural Medicine Practioner and Healer because I feared judgement and wanted to maintain a 'Professional Persona'.  All that seems rather silly to me now!  Over the recent years I have become far more comfortable with owning my story and standing tall even in the most vulnerable situations or exposing expressions of truth.  I now see me sharing this tale as a courageous flag to all women that they too can heal from the most awful traumas.  I also feel that in telling this story it allows me to stand in my authenticity as 'wounded healer' and someone who has walked a tricky path but feels nothing but gratitude for the lessons that have been gifted me!  My women's mysteries work around the cycle has facilitated a large amount of understanding and has given me a clear structure as to why I had these symptoms and why years of natural remedies and healing really did nothing.  I re-membered this knowledge and re-rooted it back inside me and found parts of myself that had been missing for such a long time!  Healing my menstrual cycle meant deep healing for the core of me.

I had always suffered with my period.  Heavy painful and very long, I would bleed right through to ovualtion and feel totaly exhausted.  Premenstrual symptoms have always been an issue for previous partners and it was always a time of conflict and grief.  It came to a point in time where the pain and bleeding reached a climactic point and resulted in me visiting my GP.  As a Practioner who had worked in natural medicine for over 15 years at that time I had tried so many things.  Homoeopathy, acupuncture, herbs - including chinese, nutrition and supplements, it felt like I had tried the lot!  After a particularly awful night of being up until 5am writhing in pain, pacing the house like a wild animal I decided I couldn't function anymore.  So for nine months I took Mefanamic Acid which helped with the pain but would make me feel sick and peculiar.  It did however allow me to function 'normally' so I could go to work and keep on 'keeping on'!

I had been feeling quite rubbish and had time off work.  It was apparent that I was anaemic and had been for quite some time.  Floradix and nettle tea weren't cutting it.  I had a month of being horizontal not having the energy to walk up the stairs, so I just spent my time in the dark snug underground, lounging on the sofa.  After lots of iron, changing my diet to include meat and resting, I was begining to feel a little better.  I was concerned about the impact the anaemia had been having and was searching for ways to help myself.  I had been reprimanding myself for being exhausted and not achieving, or having the oomph to do anything.   Once I realised it was the anaemia I was able to make allowances for myself, to be more loving, stop cracking the whip, or allowing my critic to crack it for me and forgive my apparent procrastination.

So I opted for the coil to try and sort my periods out.  A bizarre decision for me, as it really goes against all I stand for and belive in.  I guess it shows how desperate and out of my body I was feeling.  As soon as it was put in it felt uncomfortable.  This soon became painful and all my energy was consumed with this horrible sharp object in my womb.  I tried to ride it out for a few days telling myself not to imperil it.  One week after I had the space to mediate and do some clearing with a singing bowl.  I ended up sat naked in front of my shrine with incense and sounding my singing bowl.  Stricking the singing bowl like crazy whilst holding it under me, the vibration radiating up through my yoni and root chakra I had the revelation that my period problems stemmed from unresolved issues around a termination I had at sixteen.

I wailed deeply and knew then that the way to resolve my pain would be to set my feelings surrounding the termination free.  The coil had to come out.  If I had been able to reach the strings at this point I would have succeeded in getting it out myself.  After some serious hassle at the surgery they finally realised that I was only leaving once the coil was out.  I began to feel better immediately and when the hormones were finally out of my system around a week later I began to feel more in my body.

I had spoken openly with my husband about my termination and I had always struggled to keep it together emotionally when talking about it.  It was a powerful subject andit still had the power over me!  I had talked about it over the years with therapists and realised that talking about it was not enough, what I needed was was to create a ritual to set me free.  I had a revelation at yoga that I would make a menstrual baby.  I soaked tissue paper in my moon blood and fashioned a baby.  This alone was powerful and I cried deeply when shaping the little being into life.  After an acupuncture session I sensed that the next day was the oportune time for the ritual.  It was Wesak Full Moon, it was the perfect time to set myself and the beautiful soul I had been so attached to free.

I built a fire and prepared the sacred space.  I had written a large chunk of blessings, thanks and pourging onto paper, found a photo of myself at sixteen and prepared flower essences as support.  Burning my little blood baby was hard as it was still wet and this meant it was slow to go.  I watched intently as it sat on hot coals, it's dark presence there.  I felt the last 20 years of attachment holding it there as it seemed to refuse to burn.  I stocked the fire up around it, ready to let it go, thanking it for all it's lessons.  For breaking my heart and allowing me a greater capacity to love and know myself better. 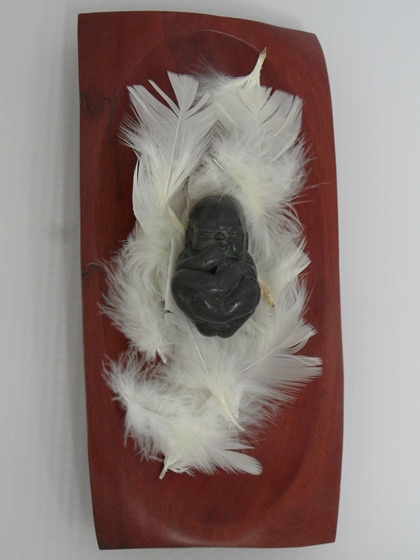 Up until this point I felt as if I was going through the motions a little.  It felt good to burn the words, to release the sixteen year old me in the photo but it seemed difficult to hold a meditation and connect in that way.  I didn't force myself, I just observed it.  Closing my eyes feeling the flames dance against my face I suddenly felt the presence of many faces with me around the fire.  The group grew and I knew I was joined by aeons of women.  I felt deep love and support.  That it was ok, that I wasn't alone, that I was understood and not judged.  The group dissipated and I was left with just a few elders arms there to support me and then they were gone.  I was sat there for a few moments until I realised the baby was gone too.  They had taken it with them.  We were both free.

I was still wrapped up by the fire wondering at which point this would be over, how would my ritual end?  It was then verbalising " I am not a murderer, I am not a killer" that had the biggest impact.  Oh how I wailed.  Had I held these views against myself for so long?  Yes, deeply I knew I had felt this way about myself.  How cruel.  I then heard a voice from me say " I'm not pregnant anymore."  This was a big revelation!! Of course I wasn't pregnant anymore but in having the termination, it had stopped the natural flow from conception through pregancy to birth.  Stuck, holding onto the guilt of not birthing this beautiful soul.

There were moments of elation and euphoria amidst the darkness and pain.  I had broken the tie.  I had set free the soul, thanking it for all it had shown me.  How it had broken my heart so completly open that I didn't know if I could put the pieces back together.  I felt gratitude for this gift of true understanding and healing.  The next day my my true blood came, I had bled for a month with the coil but now this was real blood.  I honoured myself and tried to be present with how I felt.  I rested and had stillness.  I bled torrentially and felt exhausted.  Notably though for the first time in nine months I didn't take any mefanamic acid or painkillers.  When I felt the cramping, constriction and resistance I reached into my womb and told myself it was ok, I didn't need to tense up, I could let go and not resist the release of all the pain, grief and sorrow that was now pouring out in my blood.

I had used a mooncup for ten years or more at this point and used to emtpy it to water my plants, it was at this point after my cleansing and forgiveness ritual that I realised the massive capacity we have as women.  We can release so much pain and trauma held in our wombs by conciously gifting our blood, asking for our prayers to be heard and for us to be held in the healing process.  We are gifted new energy and transformation each cycle and we have the ability to journey deeply to where pain and trauma has become crystalised and pathology.

In sharing this story I encourage all women to recognise that our wombs are the dark void that holds so much, we draw in, we hold and it is our place of creation.  It is so important to heal this space and look for ways to allow the light in, to shine a light into the dark cave so that we can journey the pathway to wholeness ~ light and shadow as one, a complete being.

Bright Blessings to you all x 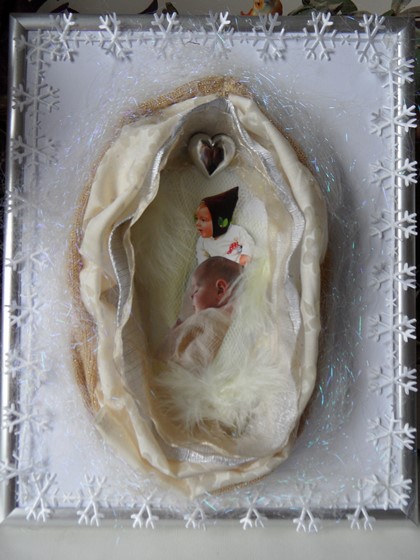